To kick off our new Supplier Profile series, we recently met with Peadar Lynch who has been garden manager at Cherry Orchard Community Garden for the past three years. We hope this will be the first of many supplier profiles we will do in the hope of giving our members an idea of the ethos and passions that our supplier’s like to follow. 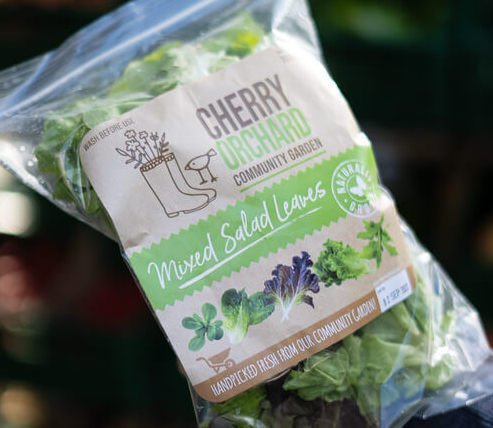 “The garden is a common sense solution for some of our climate problems, consisting of low carbon food with very low food miles.”

To find out more about suppliers, we aim to start each interview with the same three questions: 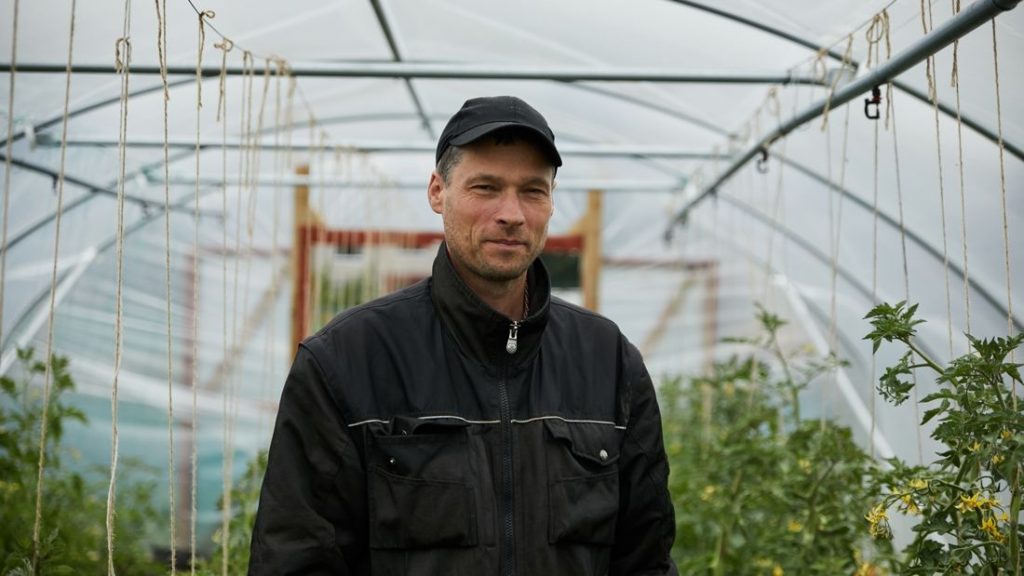 Being a social enterprise is one of Peadar’s primary passions, which will hopefully allow the garden develop as a centre of excellence for gardening expertise, particularly for community gardening.

It has mostly been in the last three years that the garden has focused on being a social enterprise once they became more organised in terms of facilities, and realising the crops they were good at growing such as salad leaves, kale & spinach allowed them to grow more intensively. All of the income goes towards the running cost of the garden as well as planning for the times ahead, such as seeds, components, equipment and materials.

The history of the garden spans back to 2009 where it has expanded as a valuable resource for the community in the Ballyfermot area. It has been described as an oasis of peace and productivity that has had constructive and positive influences on all who have participated in this magnificent project.

The garden is always on the lookout for volunteers where training and workshops are provided. Volunteering numbers vary depending on the seasons. Many volunteers also come from a variety of areas such as the Tus program and community work scheme, where they have helped both the growth and the development of the garden. The garden is very open to knowledge sharing and helping others, particularly those who have an interest in nature, growing food and biodiversity.

And what about the products? Dublin Food Co-op have been enjoying the garden’s delicious salad leaves, kale and spinach for some time now as a result of the garden’s dedication to grow these crops at a more comprehensive scale. In addition to this, crop rotation throughout the year, as well as reallocating space, has allowed for alternating crops within the space every 4 or 5 years. This has allowed for the growth of potatoes, varying salad leaves, onions, beetroot as well as many others allowing a good variety of which the focus is concentrated on 10-12 crops. 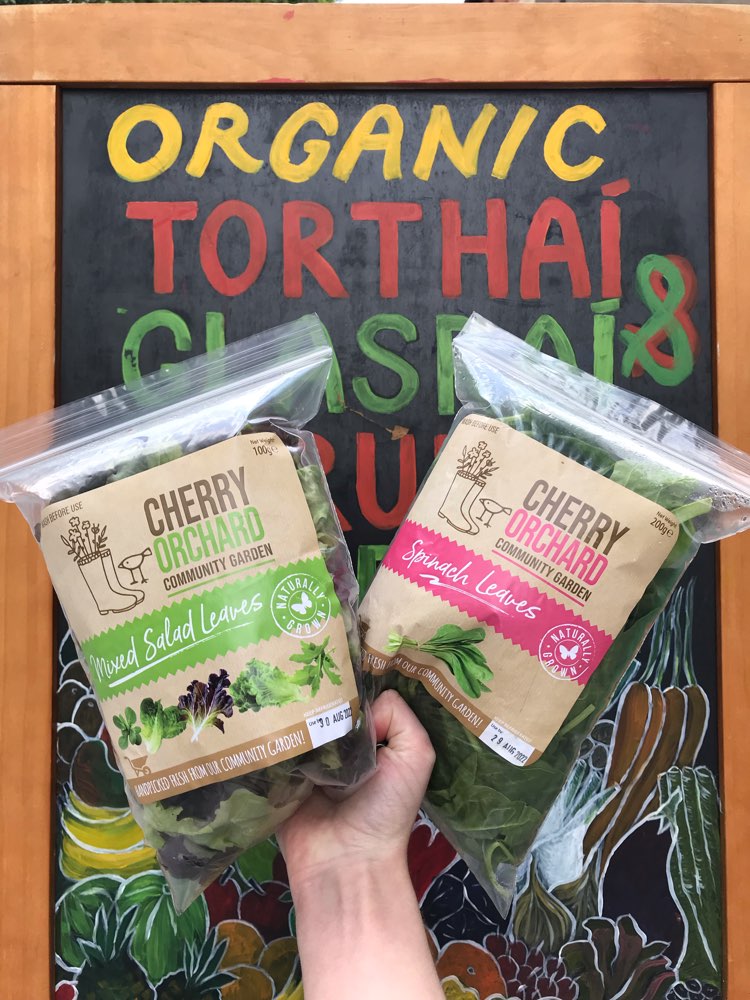 On the adventurous side of things, the garden is always open to trying out something new – last year’s Butternut Squash grew very well for example. The garden’s food growing experience allows the growers the ability to understand what grows well. Peadar explains that Ireland is good for leafy food as it is wet & mild which is why they are growing different types of salads throughout the year allowing them to supply for up to 10 months during the calendar year. Of course, client demands also influences what the garden grow. The common interest between the Co-op and the garden has been fruitful on both sides, one of the many reasons why the Co-op is stocking more than half the garden’s produce. 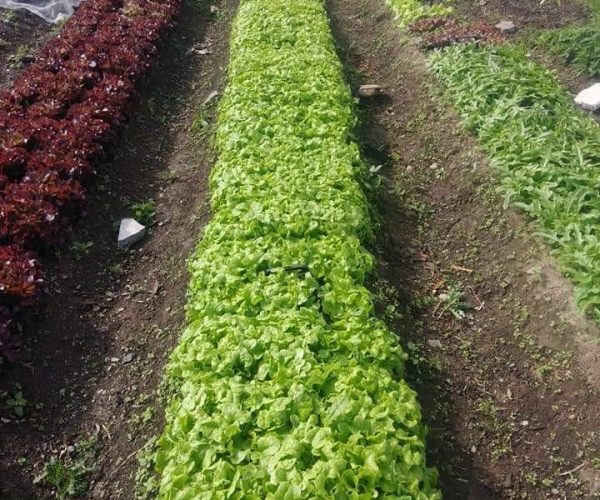 Buying a product grown at Cherry Orchard is contributing towards a healthy planet. It can be described as low carbon food with very low food miles. The planting of native hedgerows have also attracted bees within the designated wildflowers areas which have been created throughout the garden. When asked about organic fertilser, Peadar points out the useful location of the garden in relation to it’s proximity of the Cherry Orchard Equine Centre, where the garden uses the manure for composting. Green manure as well compost from a mushroom farm is also used in addition to the compost which is made in the garden itself.

A no-dig strategy is also used for a lot the vegetables grown at the garden, helping the quality of the soil in the process. This method does not disturb the soil in the same way of which a shovel would, allowing the plants a portion of the carbon energy they produce to the soil as well as converting available organic substances in the soil to the mineral elements that plants need to thrive. The garden is very keen on soil fertility and microbiology. They pretty much compost everything including weeds. 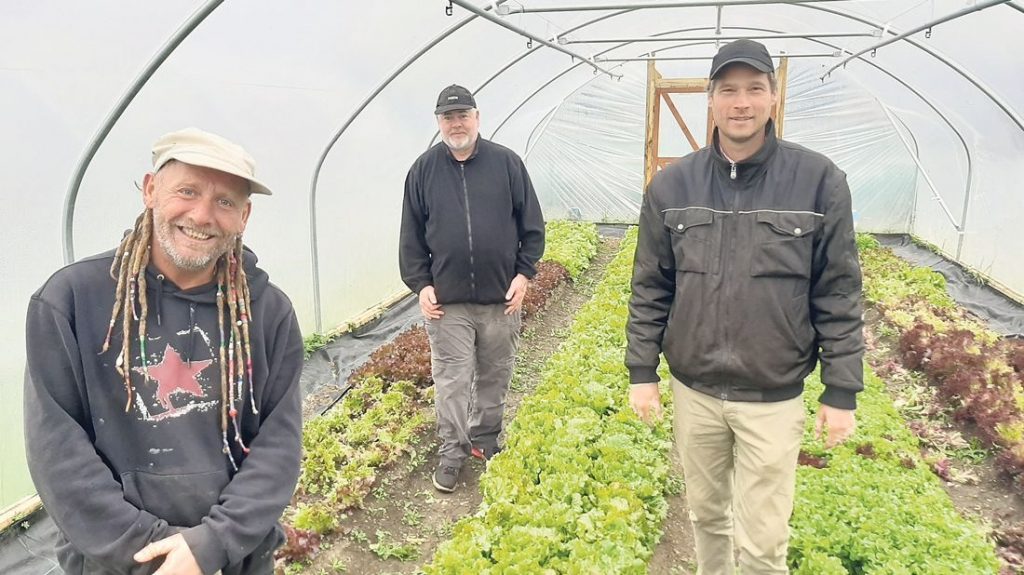 The garden also tries to adapt a low waste strategy across the board including it’s packaging. The tomatoes use biodegradable packaging made of corn whereas a lot of packaging from another Co-op supplier ‘Down to Earth’ is also used. The salad leaves, kale and spinach are still using plastic bags as a suitable alternative has not yet been found but the garden are always on the lookout for something that will keep the food fresh whilst reducing waste at the same time.

We are hopeful that the future looks bright for the garden and their goal to be financially sufficient through their traded income. The transition to becoming certified organic is already on course which we hope will end in a positive outcome in the near future. 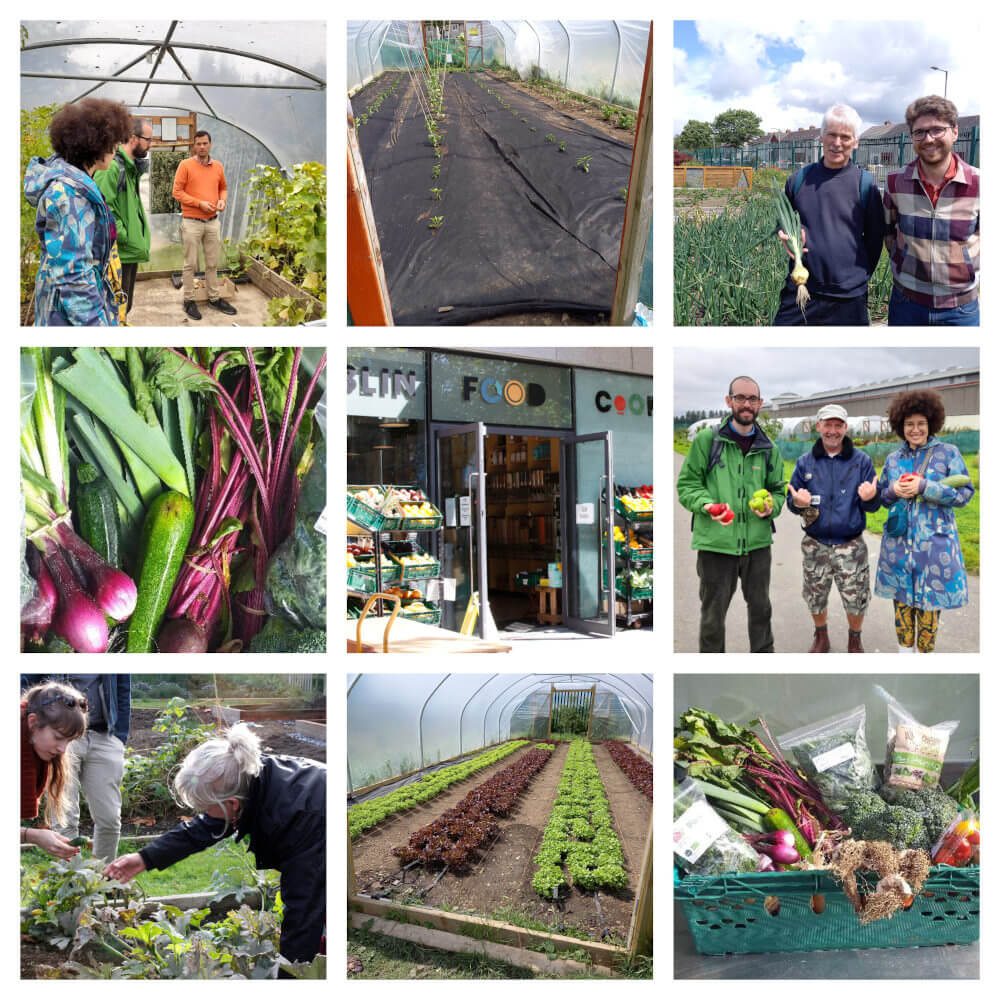